Steve DeAngelo has inspired millions throughout his four-decade career as an activist, advocate, entrepreneur and educator. Driven by his compassion for others, Steve has founded many successful ventures and supported a number of prominent campaigns in the cannabis space. He is best known for running Harborside Health Center, the largest medical marijuana dispensary in the world, which he opened in 2006. He’s also co-founder and president of the ArcView Group, a company that connects investors to entrepreneurs in the cannabis community.

Steve was born at precisely 4:20 p.m., which, as most visitors to this site already know, is the cannabis community’s most popular code word for consuming its favorite plant.

“In some unexplainable way, my mother knew, deep within the fiber of her physical being, that speaking the truth about cannabis would become my life’s mission,” he says.

Steve’s activist education started early. He was raised by two civil rights advocates in Washington, D.C., and India, where his father worked for the Peace Corps in the late 1960s. After the start of the Vietnam War, Steve became struck by images of bombs destroying villages much like the ones he’d seen in India. By the time he was in seventh grade, he’d organized a massive anti-war demonstration in his school’s gymnasium. He began skipping class to attend more protests, and he dropped out of school entirely at age 16 to join the Yippie movement. It was with the Yippies that Steve became the key organizer of the famous July 4 smoke-ins in front of the White House.

After several years as a street activist and working in the music industry, Steve completed his interrupted education in 1986, graduating Summa Cum Laude from the University of Maryland with a BA in American Studies. After graduation he opened D.C.’s legendary Nuthouse, a communal living collective that served as a refuge for cannabis activists and notables including William Kunstler, Wavy Gravy and Jack Herer. From the Nuthouse´s living room, he helped Jack edit and publish the manuscript for “The Emperor Has No Clothes,” which chronicled the link between industrial hemp and marijuana and the conspiracy to make both illegal. Inspired by the book, Steve co-organized the first ever Hemp Museum and Hemp Tour, which brought the news about hemp to hundreds of universities nationwide.

The tour led Steve to found Ecolution, a pioneering company that manufactured hemp clothing and accessories and exported them to retail stores in all 50 states and 21 foreign countries. Meanwhile, he continued to pour his heart into activism work beyond the cannabis space, organizing the Tiananmen Square vigil outside the Chinese embassy and the famous “Beat Around The Bush” anti-Gulf War demonstration in D.C. In 1998, two years after California passed its landmark medical cannabis initiative, Steve played a key leadership role in the passage of a similar law, Initiative 59, in D.C. After Congress blocked its implementation, Steve decided to move to California.

During his first few years in California, Steve immersed himself in the local cannabis world. He was one of the original founding members of advocacy group Americans for Safe Access, produced a documentary film about the industry, built several legal cannabis gardens and developed a new form of marijuana concentrate. All the while, he laid plans for a new type of medical cannabis dispensary — one truly dedicated to serving its patients above all else.

Steve got the chance to put his plans in action October of 2006, when Harborside Health Center’s doors opened with the city of Oakland’s blessing. Harborside quickly gained recognition for its free holistic care clinic, laboratory tested medicine, low-income care package program and wide array of patient services. This innovative approach generated widespread acceptance and acclaim by the community, city council, and local law enforcement in Northern California and beyond.

In 2009, after every commercial laboratory in the Bay Area refused to test Harborside’s medicine due to fear of federal intervention, Steve launched Steep Hill Labs, California’s premier medical cannabis analysis laboratory. A few years later, as individuals increasingly sought his advice about entering the burgeoning industry, he co-founded the ArcView Group, which connects investors to cannabis entrepreneurs seeking startup funds. 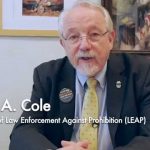 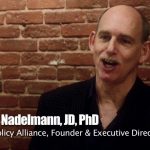